How to Hide Taskbar Automatically on Windows 10

The taskbar displays currently running programs or applications, as well as links or shortcuts such as the Start Menu, notification area, clock, buttons for the list of hidden icons, and so on. The taskbar is always displayed at the bottom of the screen by default.

Even though the taskbar is a useful tool, some users prefer that it be hidden when not in use. This is done to make more room for the Windows desktop display. For whatever reason, you can set the taskbar to hide automatically.

How to Hide the Taskbar in Windows 10

When not in use, the taskbar will be hidden and will reappear when you move the cursor to the bottom of the screen. Here’s how to set or configure Microsoft Windows 10‘s taskbar to be automatically hidden:

Step 1 – Right-click an empty area on the taskbar. This will bring up a menu with several options.

Step 2 – Choose Taskbar settings from the menu. This will bring up a new window.

How to Hide the Taskbar on Some Screens, But Not Others

If you have multiple monitors, you can choose to display the taskbar on just one or on both. This is controlled by the same Taskbar settings menu.

Step 1 – Toggle “Show taskbar on all displays” to On or Off, depending on your preference.

Step 2 – Select one or both monitors from the drop-down list to choose where the taskbar buttons will appear.

The option to hide or not the taskbar is your choice, but making it hidden can give you more space and keep you focused on doing the work you do. Any question about it? drop it on below comment column, we will try to provide a clear answer for you. 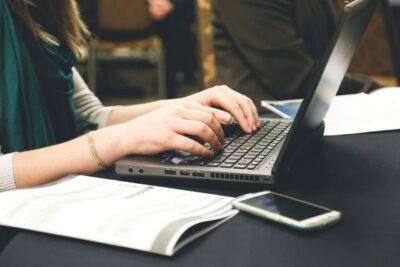 How to Automatically Delete Messages of Telegram on Desktop

How to Make Zoom Background Blur in Windows 10 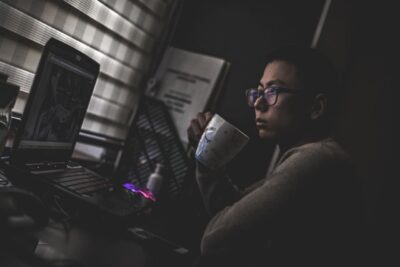 How to Activate and Use Math Solver in Edge Chromium

December 29, 2021
There are no comments yet No comments