10 Best Ultraportable Laptops in 2021 — If you’re someone who values practicality and portability, you’ve probably considered getting an ultraportable laptop at some point in your life.

Also known as an ultrabook, an ultraportable laptop is indeed a must-have device for every professional who’s constantly on the move —  it is light, portable, and fits easily in your bag.

There used to be a notion that performance must be sacrificed on most ultrabook laptops. No more though! Luckily, nowadays more brands are coming up with high-performing ultrabooks.

Some ultrabooks these days even support the AMD Ryzen 5000, Intel Evo, or the Apple M1 chips — some of the best processor options to date.

Lucky for you, in this article we’ve rounded up some of the best options of ultraportable laptops money can buy in 2021. Let’s dive right in! 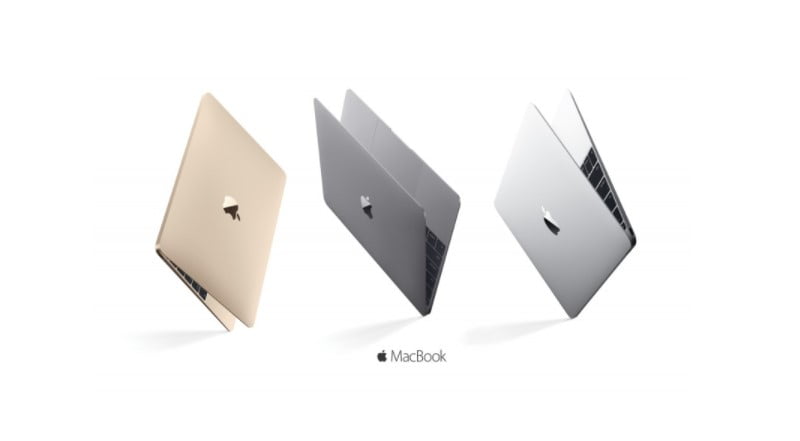 Released back in November last year, the Macbook Air 2020 is one of the best options when it comes to ultraportable laptops thanks to its sleek and slim design.

However, a higher-end model is available with 512GB storage, 8GB RAM, and an 8-core GPU for $1,249. Both are available for purchase all across the Apple retail stores, offline or online.

The 8-core CPU, which is 3.5x faster than the prior generation, features  4 high-efficiency cores and 4 high-performance cores. This results in flawless data transfer between apps and systems.

Additionally thanks to integrated the 8-core GPU, the Macbook Air 2020 now also supports up to 5X faster graphics. Now everything you do on the laptop is fast and smooth with no delay. 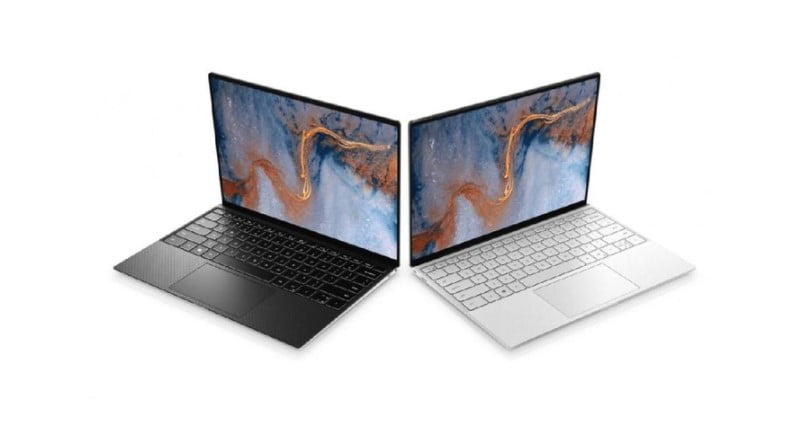 Another option for the best ultraportable laptop in 2021 is the Dell XPS 13 released back on the 29th of September last year.

Starting at $949.99, the XPS 13 has a few different variations to choose from. Users can pick between a regular version or the 2-in-1 foldable one.

Both provide the 11th Gen Intel® processors up to Core i7 with an upgradable Intel Iris Plus GPU. The regular version offers up to 16GB of RAM while the 2-in-1 offers up to 32GB.

In terms of storage, both versions offer up to 1TB of SSD storage on board. Weighing at only 2.7 pounds or 1.23kg, this laptop is one of the best ultraportable options there is right now.

The Intel Iris Plus GPU inside the XPS 13 isn’t designed for hard-core gaming but it works well for everything else as it provides around 59 frames per minute (fps).

When it comes to screen size, the XPS 13 actually offers variations from 13 to 17 inches. The screen comes with a  4-sided InfinityEdge display with a 91.5% screen-to-body ratio.

Another feature worth noting is its long battery life. Dell claims the laptop can last up to 14 hours on a Full HD+ mode and 8 hours on a 4K+ mode when streaming a video.

If you’re looking for a newer release ultraportable laptop, the HP ENVY 14 should be on your list. Released back in January this year, the laptop only weighs around 3.3 lbs or 1.4 kgs.

With a starting price of around $1000, the 14-inch pixel touchscreen laptop supports the 11th Gen Intel Processor up to Core i7 and up to 2TB NVMe™ M.2 SSD storage.

When it comes to the GPU, users can choose between the Iris Xe integrated graphics or Nvidia GTX 1650 and 1650 with either 8GB or 16GB of RAM.

The laptop also supports a 14” inch screen display that is built for the ultimate productivity and creativity. It comes with a 16:10 aspect ratio that showcases incredible, true-to-life images.

As of right now, the HP ENVY 14 is available for purchase and custom through the official website of HP or the official retail stores all over the world.

Other features worth mentioning from the HP ENVY 14 is its long battery life of around 12 hours and dual speakers and audio custom-tuned by the Bang & Olufsen.

Just like the Macbook Air, the MacBook Pro 2020 is also one of the best options when it comes to the best ultraportable laptops.

Released back in November 2020, the MacBook Pro 13 is slightly more expensive than the MacBook Air version. It comes with a starting price of $1200.

But of course, the price is there for a good reason. The MacBook Pro 13 offers a 13-inch retina display along with a touch bar that allows you to access shortcuts with more ease.

Weighing only a few grams heavier than the Air version at 3.1 lbs (1,4 kgs), the MacBook Pro version comes with variations up to 16GB of RAM and 2TB of storage.

Similar to MacBook Air, the M1 version of the MacBook Pro 13 also supports the 8-core GPU and CPU. It’s fast and smooth with a battery life of up to 20 hours per charge. 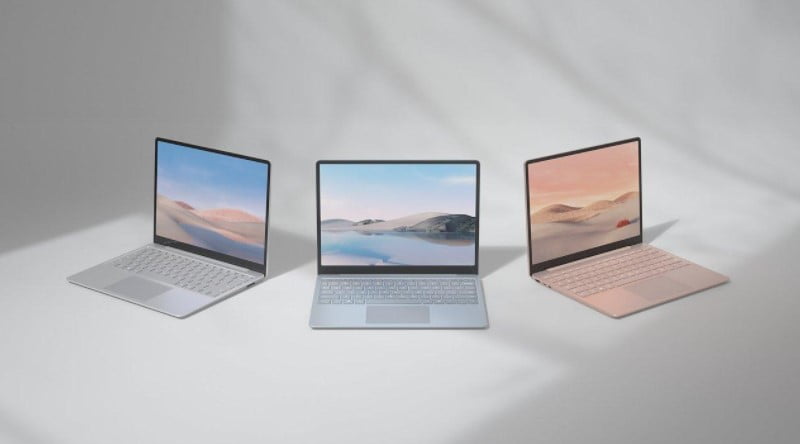 Another newer release of an ultraportable laptop comes from Microsoft. Released in April 2021, the Microsoft Surface Laptop 4 has a starting price of only $999.

Despite the ultra-thin and light design of 2.79 lbs (1,2 kgs), the Surface 4 delivers exceptional performance thanks to its selections of Radeon or Intel® Iris® Xᵉ Graphics cards.

It also comes with the 11th Gen Intel® Core and custom AMD Ryzen Microsoft Surface® Edition processors for exceptional and smooth performance across all your applications.

Microsoft offers quite the selections when it comes to the processors. Users can choose up to the Intel Core i7 and the AMD Ryzen 7 Microsoft Surface® Edition.

In terms of ram, users will get a selection of 8GB, 16GB, or 32GB onboard. For storage, the Microsoft Surface 4 offers a selection of 256GB up to 1TB of SSD storage. 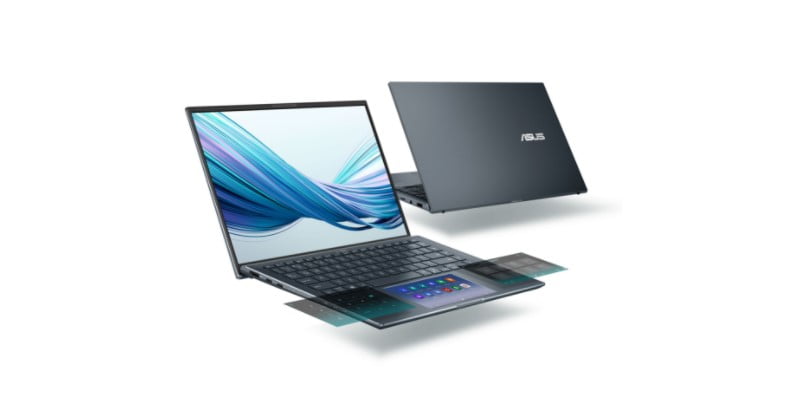 If you’re looking for an affordable yet premium ultraportable laptop, the ASUS ZenBook 14 released in November last year can be a good option.

When it comes to the ram and storage, the Asus ZenBook 14 packs up to 8GB RAM and 512GB of SSD storage. Meanwhile, its graphics are powered by AMD Radeon Vega 8.

Weighing at only 1,3 kgs, the ZenBook has a 14-inch display, a thin body, and a precision-engineered ErgoLift hinge that tilts the keyboard to an optimum typing angle. 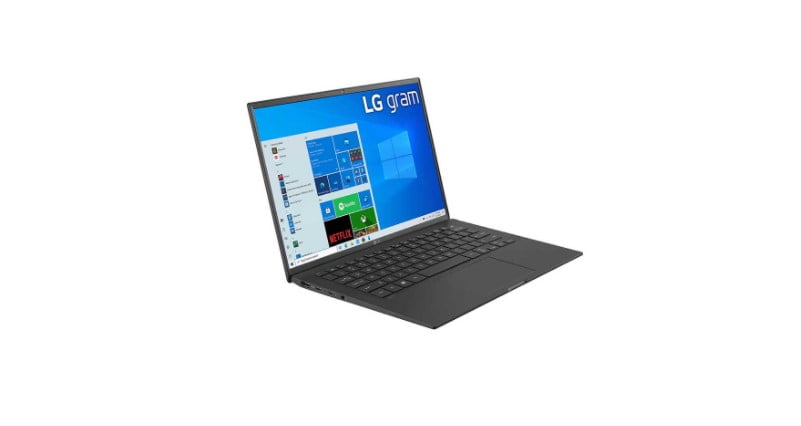 Another ultraportable laptop released in January this year is the LG Gram 14. Starting at $1,399, the LG Gram 14 supports the Intel® Evo 11th Gen Intel® Core™ i7 Processor.

Combined with the  Iris® Xe graphics card, this Intel Evo gives the laptop up to 1.2X CPU performance and up to 1.8X graphics performance compared to its predecessors.

Weighing less than one kilogram at exactly 2.2 pounds, the LG Gram comes with a 14” WUXGA IPS LCD Screen that delivers 1920×1200 resolution for clear, vivid color expression.

Other features worth noting are its bigger, flatter keypads for a faster typing experience, a wider touchpad, a fingerprint reader, built-in Alexa & up to 25 hours of battery life. 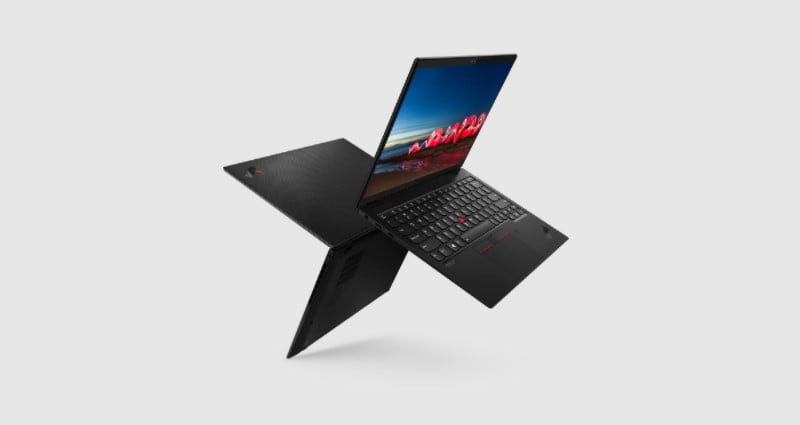 If you’re looking for another ultraportable laptop that weighs less than one kilogram, the Lenovo ThinkPad X1 Nano might be a good choice.

Released back on the 29th of September 2020, the ThinkPad X1 Nano is a highly customizable ultraportable laptop with a starting price of $1,451.

You can also select a variation of 8GB or 16GB of RAM, 256GB through 1TB of SSD storage, and a touch or non-touch 13-inch, 2K anti-glare nano display screen.

When it comes to graphics, the ThinkPad X1 Nano is powered by the Intel Iris Xe Graphics which is good enough for casual gaming, designing, and rendering.

Another great option for an ultrabook with a sleek and modern design is the Razer Book. Released on November 5th, 2020, the laptop comes with a 4-sided thin-bezel display.

The laptop comes in two different variations of 13” and 15” inch Gorilla® Glass 6 displays, which are available in FHD Non-Touch, FHD Touch Screen, and UHD Touch Screen.

Powered by a selection of either the 11th Gen Intel® Core™ i5 and i7 processors, right now the Razer Book has a starting price of $1,199.

Weighing at only 2.9 lbs or 1.34 kgs, the ultraportable laptop has a 14 hours battery life, instant wake, and resume features, as well as a quick recharge. 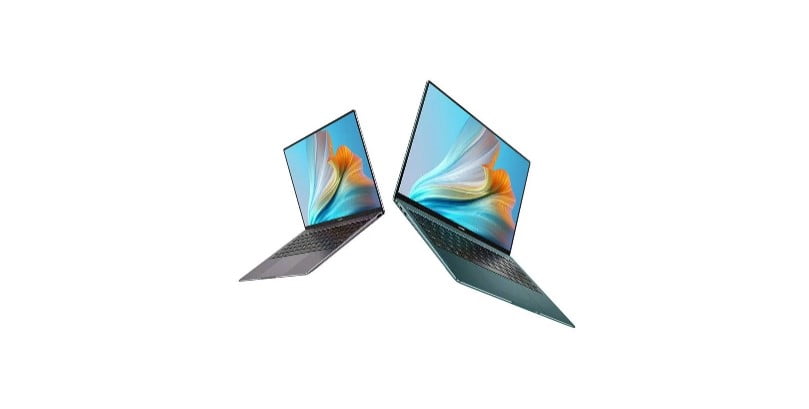 Another newer release option for an ultraportable laptop is the HUAWEI MateBook X Pro. Renewed and released this year, the laptop has a starting price of  $1,288.

The Razer Book provides the 11th Gen Intel® processors up to the Core i7, RAM up to 16 GB RAM, and SSD storage up to 1TB. Meanwhile, the graphics are powered by the Intel® Iris® Xe.

At 1.33 kg, the laptop offers a 14.6 mm thin metallic body with a diamond-cut and sandblasted finish. Additionally, the 13.9-inch screen also offers a remarkable 91% screen-to-body ratio.

The 3000 x 2000 resolution and 100% sRGB wide color gamut also give you an intensity of clarity and color, perfect for full professional or casual activities.

There you have it! In this article, we’ve given you a selection of the best ultraportable laptops along with their specifications and features.

We hope this article helps you somehow and if you still have any questions about any of the devices listed above, don’t hesitate to leave a comment below! 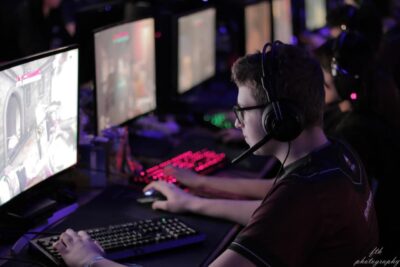 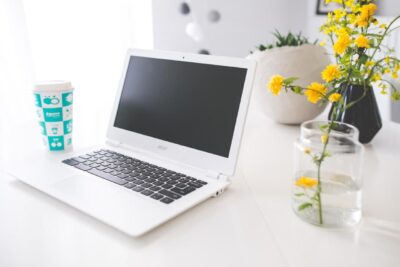 10 Best Chromebooks for Students in 2021

December 30, 2021
There are no comments yet No comments