How to Record the Screen on iPhone

Screen recording has become a popular feature in recent years because it goes beyond the capabilities of the traditional screenshot. For a variety of reasons, the screen record function is ideal. It can be used for training, capturing moments, and capturing videos that cannot be downloaded.

Luckily, Apple included the feature in iOS 11, and most iPhone users now have screen-recording as a native feature on their phones. Recording your iPhone screen can be extremely useful, whether you want to record a portion of an Instagram live stream, save a clip of the game you’re playing, or create a how-to video for your friends. You can send the video clip you record to a family member or friend, upload it to Twitter, or share it on your Instagram story. Here’s how to record your iPhone’s screen, whether you have a newer or older model.

How to Record Your iPhone’s Screen

Perhaps you’ve looked through your phone’s settings and searched for the option to record your screen but have come up empty-handed. This is due to the fact that the screen recording feature is hidden in the control center. To use the function, you must first add the Screen Recording to your control panel.

By default, these allow you to toggle Airplane mode on and off, disconnect Wi-Fi and Bluetooth (although this only drops connections for nearby devices and does not completely disable them), control music playback, adjust the volume and brightness, and open specific tools such as a torch, timer, calculator, and camera.

Let’s begin screen recording now that the Screen Recording option has been added to the Control Center.

To see how your recording turned out, simply open your photos and videos app, as the file will be saved in the gallery as any other video file.

There are a lot of apps that will allow you to trim your screen recording file if you want to remove the sections where you navigate through your phone at the beginning and end of the recording.

Then your file is ready to be shared with others or saved so you can recall an important event later in the day or at a later date. 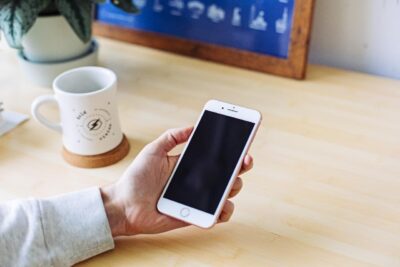 How to Add Ringtone to iPhone without iTunes

How to Take a JPEG Format Image in iPhone

How to Add Contacts on iPhone’s Home Screen

18 hours ago
There are no comments yet No comments